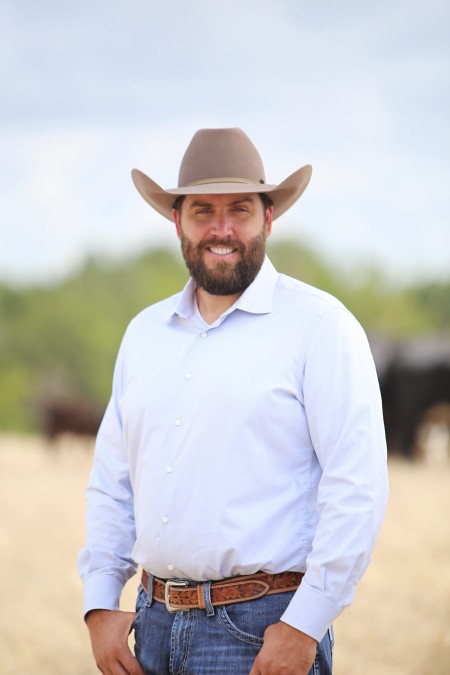 Dr McAfee was born in College Station, Texas and bleeds maroon and white.  He was raised in Fort Worth, Texas where he attended the prestigious Southwest Christian School.  He excelled in the classroom and on the athletic field earning multiple All-State honors in football and baseball.  Some of his school records still stand to date.

His childhood dream was to attend Texas A&M University like his father, however, he decided to chase another dream instead. Dr McAfee attended Harding University in Arkansas on a baseball scholarship.

After completing his Bachelor of Science degree at Harding University, he decided to continue his education at Parker University where he received his Doctorate of Chiropractic degree as well as another Bachelor of Science degree in Anatomy.  It was his time at Parker that really established his drive and purpose to help as many people as possible experience the benefits of true vitalistic Chiropractic care.  He believes that God created the human body with an innate intelligence that will allow it to heal itself as long as there is no interference.  That is where Chiropractic comes in, helping remove interference and allowing the body to heal itself.

After graduating from Parker he moved his family to Weatherford in 2011 and opened McAfee Chiropractic.  In a very short amount of time he has established a notable reputation founded on exceptional results, loyal relationships with patients and integrity.  McAfee Chiropractic has grown into one of the largest Chiropractic offices in Texas.  For the first 7 years of his practice Dr McAfee performed every treatment in the office himself.  During this time he was able to help thousands of patients alleviate pain which he is grateful for, however, he didn’t feel like he was really moving the needle and his purpose of helping as many people as possible experience Chiropractic care wasn’t being met.

Dr McAfee was a head coach for a very reputable Chiropractic coaching company for years.  He traveled the US teaching other Doctors how to better communicate and serve their communities more effectively.  It was during this time that his desire to mentor and give back to the profession ignited.  In addition he realized, there are only so many hours in the day and that he could only do so much himself to “move the needle” and help as many people as possible.  This is when he decided to pivot his “solo Doctor, private practice office” and started adding Associate Doctors to the practice.  Dr McAfee has always enjoyed mentoring the younger generation of Chiropractors and helping them learn how to become better Doctors.

In 2019, Dr McAfee partnered with good friend, Dr Jesse Jacobs, who is the founder of FreeForm Chiropractic.  Since that time they have opened 3 additional Chiropractic offices together around the DFW area with many more scheduled in the pipeline.  With 5 total offices combined and currently 10 Doctors on staff all with the same mission and goal of helping as many people as possible experience true Vitalistic Chiropractic care….They can definitively say they are starting to see the needle move.

Dr. McAfee is highly involved in his local community.  He and his family are active members at Christ Chapel Bible Church West Campus.  He is a proud member and Past President of Weatherford Noon Lions Club.  He is currently a Board of Directors Member of Parker University Alumni Association.  He was selected as 1 of 16 members on the board to represent the 12,000+ Alumni Doctors.  He also serves as a committee member for Texas and Southwestern Cattle Raisers association on the marketing and transportation committee.

When Dr. McAfee isn’t practicing or educating Chiropractors, he can be found on his 150-acre Ranch in Weatherford with his beautiful wife Trisha and their three young boys living, laughing and serving.

Below is a picture of Dr. McAfee and his family.